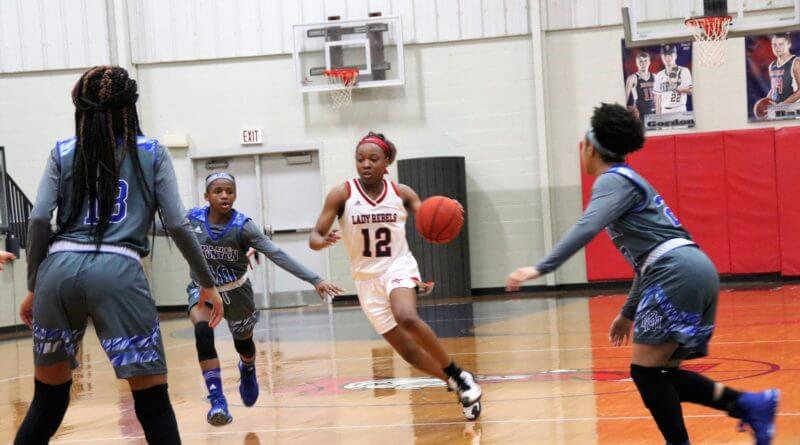 Hickory Flat achieved one goal, claiming a district title. This put them in the playoffs with the luxury of a home playoff game on Monday night.

One thing the Lady Rebels have learned over the last few years of playoff experience is that once tournament time comes around is nothing is a given and you have to earn everything you get.

Hickory Flat earned their win against #4 seed Blue Mountain on Monday, twice overcoming a two-score deficit in the fourth quarter to come away with a 50-46 victory.

As has been so often the case, every time the Lady Rebels needed a big bucket or a key stop, R’Daztiny Harris came up big. She rattled off 10 of her teams final 12 points, including a 7-0 when Hickory Flat was trailing by 4 midway through the fourth quarter.

The Lady Rebels got role playing contributions all over the floor: the shooting of Abby Tatum and the defense and leadership of Jenna Poff, who got a steal and nailed a pair of free throws late to ice the game.

The Lady Rebels move to 26-5 on the year. They advance to host Wheeler on Friday night in their second round playoff matchup.

More pics can be found on the Hickory Flat Rebel Sports page on Facebook.