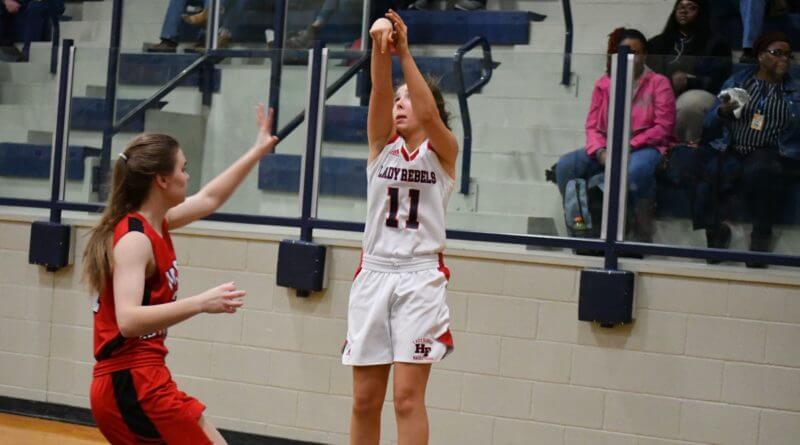 Hickory Flat needed a win in Wednesday night to guarantee themselves a home playoff game and a chance at a third straight district title.

Check and check for the Lady Rebels.

Hickory Flat got a stellar shooting performance from Abby Tatum and a stellar all around game from standout R’Daztiny Harris to roll to a 62-51 victory over Myrtle.

The third quarter saw a breakout performance from Tatum.

The freshman put up 9 points on a trio of made threes in the quarter and Hickory Flat built a 52-32 lead they would not relinquish.

Tatum would finish with 17 points with five three pointers to go along with 9 rebounds.

Harris would lead the way with 35 points and 13 rebounds.

The Lady Rebels moved to 25-4 on the season. They take on Ashland, upset winners over West Union, for a district title on Friday.