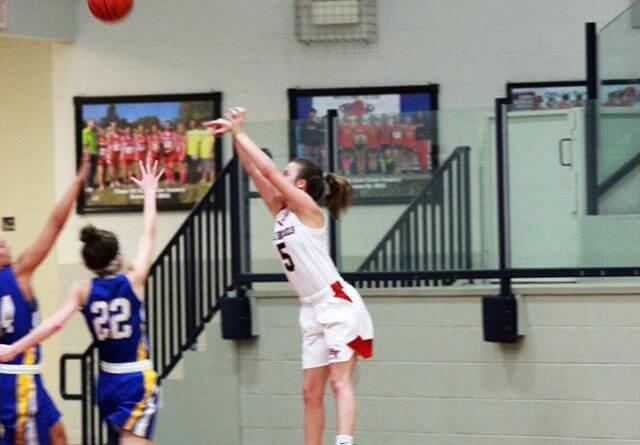 The Lady Rebels of Hickory Flat got one step closer to the Big House on Friday night, picking up a big win over Tremont in the round of 16.

With the 43-34 victory, Hickory Flat moved to 23-9 on the season and guaranteed themselves at least one more home game this season. They will take on the winner of the Pine Grove/Shaw contest which was postponed due to rain.

The Lady Rebels jumped out to an 11-3 early lead behind 8 R’Daztiny Harris points and a Laney Teel three pointer. The lead for Hickory Flat evaporated in the second half as Tremont made a run after haltime and pulled ahead 22-18 half way through the third quarter.

Luckily for the Lady Rebels, fighting back is part of their modus operandi.

The home team stormed back with a 10-0 to end the third period with a 29-27 lead. Hickory Flat was determined not to lose it.

The Lady Rebels got the last 8 points of the 4th quarter from Harris and sealed the game and the trip to the seminfinals of the state playoffs.

Harris finished with a game high 21.

You can see more pictures from this game via Jackie Hancock with Hickory Flat Rebel Sports here.